Brian Johnston’s Down Your Way, Volume 1 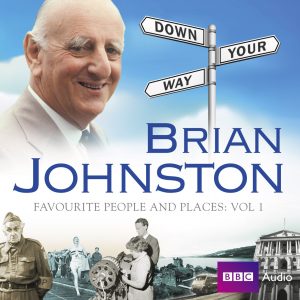 Down Your Way was one of the most popular programmes on radio and spanned six decades. Every week the presenter would visit towns and villages throughout the UK, discovering fascinating people and places. Brian Johnston presented the series for fifteen years and 733 programmes. For this recording, his son Barry has selected the most eccentric, famous and interesting people, and the most colourful places, that his father visited on his travels.

Along the way Brian meets such famous people as Sir Roger Bannister, HRH Prince Philip, Denis Compton and John Laurie (Private Frazer in Dad’s Army), as well as Frank Searle, who has spotted the Loch Ness Monster. Brian also takes in Land’s End, Alice Springs, and even goes underground to visit the Cabinet War Rooms and the Bank of England’s gold vault.